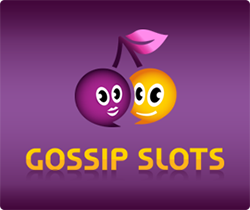 St. Patrick’s Day is coming up on 17th March 2021 but Gossip Slots Casino decided you can celebrate all month. The casino picked Charms & Clovers as its Game of the Month and Pot of Gold as its month-long tournament slot. Both slots have an Irish theme and are fun to play. Join the tournament and see if you can find your virtual pot of gold at the end of the rainbow.

There is a $5 entry fee that gives you $100 worth of tournament entry chips. If your tournament chip balance falls to $40 or less, you may make use of the re-buy option. Re-buys cost $5 and give you $200 worth of re-buy chips.

The prize pool is as follows:

About the Pot of Gold Slot

Pot of Gold is an Irish-themed slot with 1,024 ways to win when you play 50 credits in a single spin. The game has a progressive jackpot with a cash grab of $5,000. There is a free spins feature, a golden spins feature, and more. Symbols on the reels include a leprechaun, the Pretty Lass, a rainbow with pots of gold, a beer, the wild clover symbol, the gold coin symbol and the free spins pot of gold symbol. Lower paid symbols include the 9, 10, J, Q, K, and A card values.

The game pays out from the leftmost side towards the right when you see matching symbols on adjacent reels. Please note that the gold clover coin and pot of gold symbols are exceptions and do not need to start at the leftmost reel.

When the golden coin feature is activated, the golden clover coin symbols trigger a bonus prize. The symbols have an amount associated with them that pays out as a multiple of the total bet. The gold coin symbols only pay out during the free spins round.

The golden spins feature triggers when you see at least six gold coins on the reels during the free spins bonus round. Players begin this feature with three golden spins. Gold coins remain stuck on the reels until the end of the bonus feature. Any round that adds an additional golden coin resets the golden coins spin amount to three. The only gold coins are the only symbols on the reels during this feature. You receive the payout at the end of the round. Should the golden coins cover the entire grid of five reels with four rows, you get an additional prize.

Charms & Clovers is Game of the Month

Rewards points are great because you simply earn them while you are playing anyway. You can exchange points for free spins, real world store merchandise, sweepstakes tickets, or even ask for cashback.

About the Charms & Clovers Slot

Are you looking for your pot of gold at the end of the rainbow? You might just find it in Charms & Clovers. This slot has great special features including the Sixth Reel Bonuses.

The slot has five reels and four rows plus a sixth reel that is separated from the slot grid. This bonus reel comes with the following possible bonuses:

The sixth reel spins at the same time as the other reels. The game awards the special feature when the feature icon lands fully on the reel taking the place of four symbols. Sixth reel bonuses are not available when you are playing the free spins round.