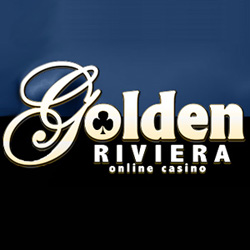 In November, players at Microgaming powered online casinos will be able to play an exciting new slot game, Dragonz. The game theme has us looking for treasure along with Flint, Switch, Gobble and Frost. The new slot comes with 3D animation, and a theme that is sure to keep you entertained as you spin the reels.

Dragonz is a 243 ways to win slot, which has become a popular format amongst players. The new game has its fill of bonuses, multipliers, expanding wilds, scatters, and free spins.

The free spins are triggered when three or more scatter symbols are seen on the reels. To make the game even more exciting, there are four free spins rounds. Once you have played 12 free spins rounds, the player choice bonus reward is unlocked. You then get to choose which free games round you would like to play when it is next triggered.

When a non-winning wild is seen on the middle reel, the Wild Deal feature will add wilds to the reels. This feature comes with a guaranteed win since wilds will continue to be added until a win is achieved.

Dragonz and other popular Microgaming slots are available at a number of online casinos including Golden Riviera. In addition to the vast slots selection, there is also a good choice of card and table games, and other popular games found in casinos online. Dragonz will be released on 2nd November 2016.

“Dragonz brings a whole new level of entertainment to gameplay,” said Neill Whyte, the Commercial Director at Microgaming. “Our customers can expect outstanding animation as well as imaginative, all-new free spins features that keep the player engaged. We have eagerly awaited the launch of this slot and anticipate that it will be a firm favourite with players.”