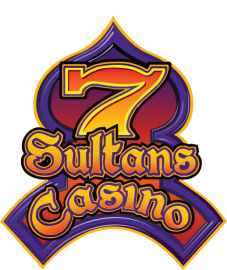 Get ready for action along with 7 Sultans Casino. The casino is hosting an exciting promotion in which all those who opt in will win guaranteed prizes. Casino Heist brings with it great fun as you get to crack the vault open, win prizes, and play some great casino games. 17 Days of Casino Prizes […]

As Halloween draws to a close, players at 7 Sultans Casino can continue to enjoy the holiday. Simply play the new Halloween slot game from Microgaming at 7 Sultans Casino. The slot was released earlier this month, along with Monster Wheels and Moby Dick. All three slots have already become popular with players. Halloween Fun […]

Along with mid-summer comes light-hearted fun. To make sure that we keep on enjoying, 7 Sultans Casino has kept it light with the Oink: Country Love slot game ready to be launched in August. Smiling pigs playing musical instruments are sure to add smiles while spinning the slots reels. Country Music and Love in New […]

Players at 7 Sultans Casino are now able to enter one of the biggest promotions available at the online casino this year. The excitement began when the Paradise Pursuit promotion kicked off earlier this month. Paradise Pursuit offers players the chance to win daily prizes and a special “mysteriously magical getaway.” In total, the prizes […]

Players at 7Sultans Casino can now win seats on a 7-day Caribbean cruise worth €1 million a piece on the Oasis of the Seas. Over the next several months 7 Sultans Casino is giving away 50 tickets for two on The Fortune Lounge Cruise. The dates of this promotion are from February 3, 2014 through […]

The last days of December mean not only the last days of 2014, but also the last days of the Festive Frenzy at 7 Sultans Casino where players an win a surprise every single day for the rest of the year. Win a share of 100,000 Euros including an Xbox One as well as designer […]